A few weeks later Phil was in tutoring mode again but this time for a Referees Level one Course. Ten Club Members took part and gained the qualification and we will be hoping that these people will help the club with officiating at the planned tournaments for next season.

For the girls team no less than 7 girls from the club gained selection for the county. These were Leisha Eason, Fiona Arthur, Chloe Stevens, Isabella Rinon, Ruby Harkin, Kyla Soya Bongay & Lucie Wilson-Gray with Eason, Arthur and Stevens gaining selection for the East Midlands Squad.

Following a hot buffet, Club Administrator, Karen Goodrich opened the evening by reporting on a season of consolidation and the healthy financial position of the Club. She expressed disappointment that no team from the Club had reached the Play Offs but reported that the “Ballers” section of the Club now consisted of over 50 boys and girls and Club President, John Collins later thanked Mark Spatcher and Hotshots for keeping the section operating the previous season.

Seventeen boys and girls from the Club put away their basket balls and concentrated on groceries and household goods. The 17 took part in a fund-raising Bag Pack at the ASDA store in Kingsthorpe smartly dressed in their club playing uniforms.
The Northants Basketball Club is most grateful to ASDA for allowing them to stage the event.

Almost 250 players, coaches, managers and parents assembled in the “Re-load” cafeteria at Northampton School for Girls for the End of Season Presentation Evening of the Northants Basketball Club. After a hot buffet, coaches made presentations to one player from their team in acknowledgement of their achievements. They were also able to tell the audience about the highlights of their team’s season. CLICK HERE to download the full report 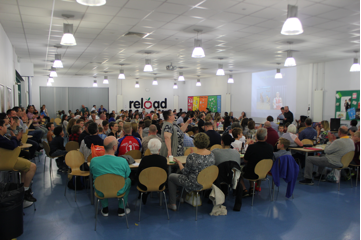 A stunning performance from Holly Winterburn and a useful fourth quarter contribution from Hannah Davy saw the Northants Under 14 Girls battle through to the Final of the Final Fours at the England Institute of Sport in Sheffield last Saturday.  Winterburn scored 29 points and pulled down 15 rebounds as Lightning defeated a determined Hounslow Hawks team by 61 points to 45 while Davy chipped in with 12 points. CLICK HERE to download the full report 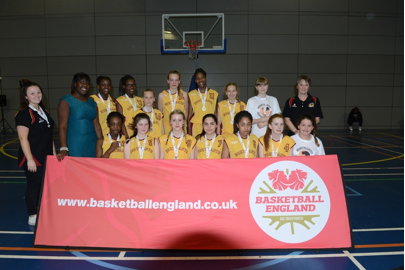 News of a Former Player

Lana Doran played for Northants “Lightning” before moving to Barking Abbey. Last summer she gained a scholarship at Gardner Webb University in North Carolina. Here is an update on her progress from her mother and father:

This year she starts her second year (Sophomore) at Gardner Webb University NCAA Div 1, in. North Carolina, USA. She has come a long way since first starting with your club. Her days continue to be both very long and physically challenging. Her motivation and dedication remains as high as ever and was rewarded with performances in each of the 31 games played last year and an average of around 23 minutes per game.

In the gym at 6am each morning , three hours basketball training each day and ensuring her personal studies are completed 6 days a week is a tough ask. But she would not have it any other way.

For all you young ballers out there,” You CAN follow your dream"

I shall keep you updated.

Janis and John Doran. (A proud mum and dad)

Caird, a 6-6, 215-pound guard will enroll at Drake with two years of remaining eligibility. As a redshirt sophomore last season at Marshalltown (Iowa), he was a first team all-conference selection that averaged 18.0 points and 6.0 rebounds per game to lead the Tigers to a 22-9 record. He converted on 41 percent of his three-point attempts and excelled in the classroom, earning academic all-conference honors and was nominated for junior college academic All-America honors.

“We are very pleased that Chris has decided to join our program,” Giacoletti said. “In addition to the fact that he is an excellent shooter, he brings experience, size and strength, versatility, high basketball IQ and the ability to pass and score to our team.  Chris is also an excellent student that plans to enroll as a pre-medicine student at Drake.”

A native of Daventry, England, Caird did not play during the 2011-12 season due to injury after averaging 14 points per game to earn second team all-conference honors as a freshman in 2010-11.
“I feel like Drake is a great situation for me,” Caird said. “I really like the coaches and my future teammates, and I think I fit well with their system. Academically, Drake is a very good school which is something that I take a great deal of pride in as a student.”
_ _ _ _ _

Apologies to those of you who already know about this but for the rest of you I am sure you will be delighted to hear that a former player of the Northants (Schools) Basketball Club and a graduate of the MOulton College Basketball Academy has been offered and accepted a two year scholarship at Drake University which is in Des Moines. Iowa.

For the record Chris is the fifth player from the club to be offered a full scholarship at  a Division 1 school.

After demolishing their opposition by fifty points last Saturday, and other results going their way on Sunday, Northants Thunder have secured the VCARS.co.uk Division Four (Men) Midlands League title at their first attempt, with three games still to play.

On December 18th 2012, UK Sport announced record funding for the 4 year cycle in the run up to the Rio 2016 games, however, British Basketball was one of the organisations who's funding was cut to zero.

As a predominantly junior player club, we at NorthantsBC don't feel this funding cut represents much of an Olympic legacy, and certainly not particularly inspirational for the next generation.  Click Here for the full News Item 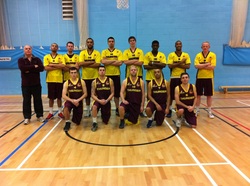 After playing the opening games of both their Vcars.co.uk Division 4 and National Shield campaigns in a 'spare' uniform, Northants Basketball Club's recently created Men's team now have a brand new uniform in club colours. 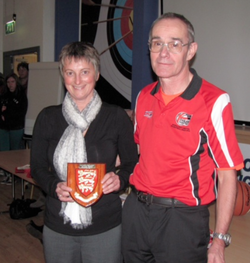 Even more significant is the fact that she was actually proposed by the ESBBA Executive rather than someone from her own school or club.

Karen currently coaches with the Northants Basketball Club and at Northampton School for Girls where she has led teams to two national titles most recently last season with the school’s under 15 team. At present she is coaching two teams in the National League as well as fulfilling her duties as Head Coach at N.S.G.

Karen’s coaching career started when she was a pupil at Kingsthorpe Upper School when her former teacher, Martin Spencer took her to the National Mini Basketball Festival in 1982. During her playing career with Avon Cosmetics and Northampton 76ers Karen became more and more involved with coaching young players. Her enthusiasm for her chosen sport was illustrated when she gave up her secure job at Nationwide Building Society to job share as a Northamptonshire Basketball Development officer.

Karen’s talents have previously been recognised with her appointment as an East Midlands coach and for six years she has served as head coach of the East Midlands Area Performance Centre.

Miranda Marketis the chairman of the Northants Basketball Club commented, “We have always known what a great coach Karen Goodrich is and it is wonderful that her talents have been recognised by the English Schools Basketball Association. We are extremely fortunate to have such a dedicated coach in the Club at a time when it is going from strength to strength.” (added 30 Oct 2012)
Links are not monitored by the Northants Basketball Club and the Club cannot be held responsible for the content of these link websites.
If you have a complaint about the linked websites please contact them directly.”